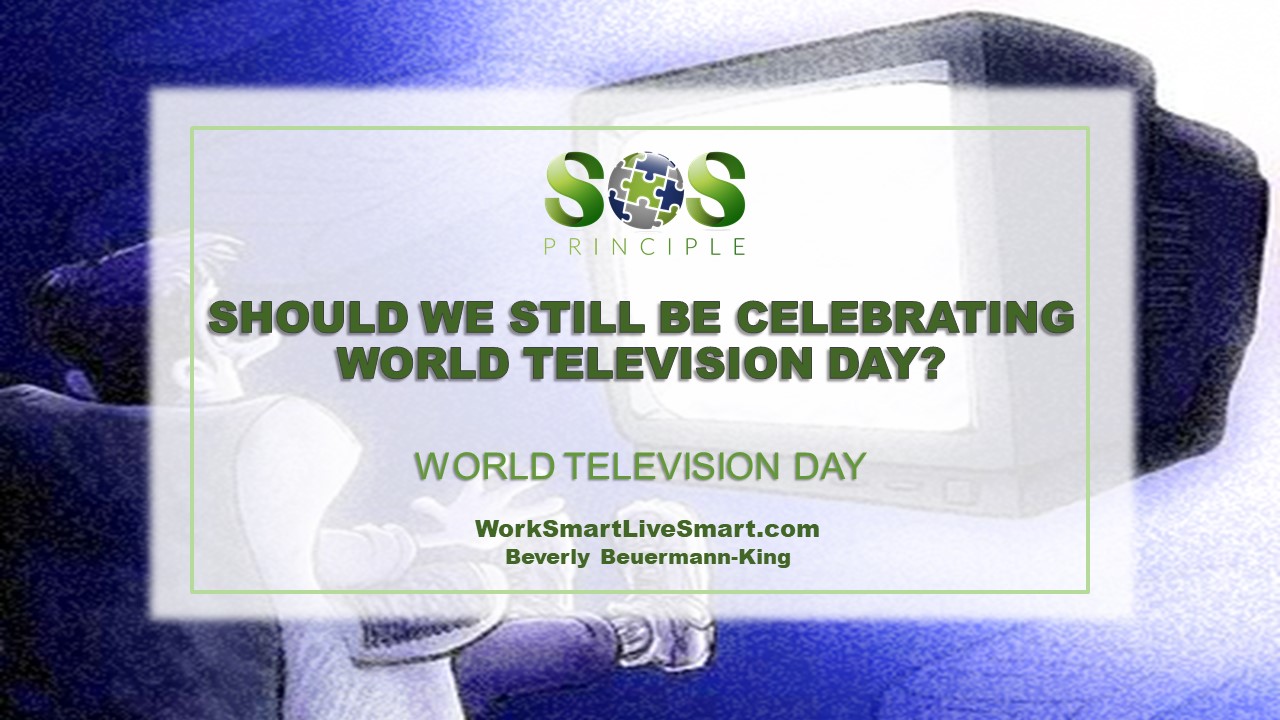 The United Nations declared November 21 as World Television Day in 1996 as part of its recognition that the television was used to educate many people, and that television and stress could also be experienced. Television was one of the most influential forms of media for communication and information dissemination. It was used to alert the world to conflicts and threats to peace and security and sharpening the focus on other major issues, including economic and social issues.

On Television viewers could watch a weather report to prepare for the day. Cartoons and sport provided relaxation and fun. Documentaries and the news taught us about the world. And advertisements informed us about products and new ideas.

But what is the future of television and stress?

In 2006, 64% of Americans said that they considered the Television set to be a necessity. That was down to 42% in 2010.  Teenagers and children are watching a third less broadcast Television on traditional sets than they were in 2010, as they shift to digital viewing.  One day you are a necessity…the next, you are a relic.

Can you imagine talking to your doctor while he examines your surgery scars over the screen on your television set.  This isn’t the future, but the present.  Doctors in the UK are experimenting with this technology and are finding surprising benefits.  By 2020 500 million homes will have the televisions connected to the Internet in a way that will allow this to happen all over the world.

Television has been passive, where you would lean back and just take it all in.  In the future, content will be personalized and on-demand.

Television and Stress: So how is this all related to stress and wellness?

It is still about having a finite amount of time throughout the day and using that time wisely to accomplish or to take care.  Our television time is still discretionary time and we will still need to ask if this is the best use of our time.

According to the Kaiser Family Foundation’s most recent study of children ages 8 to 18:

Television is changing. Content and delivery are changing, but the question of how our time is spent will still persist into the future.  Beverly Beuermann-King Click to tweet

Our viewing time is not all bad.

Our viewing time is relaxing. It can be useful for learning.   But we should still be making active choices on how our time is being used, so that we don’t find that our time has been sucked away and that the things we would have liked to have accomplished have been left undone.

Clean Off Your Desk Day

Simplifying Life and Regaining A Rhythm