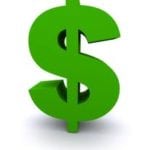 Workplace Health Promotion Programs have reported returns between $2.30 and $10.10 in the areas of decreased absenteeism, fewer sick days, decreased WSIB claims, lowered health and insurance costs, and improvements to employee performance and productivity.

Incentives to increase ROI
Health2 Resources survey found that in the US the average cash incentive for participation in corporate wellness programs has gone up from $204 in 2008 to $329 in 2009. In 2007 only 14% of employers surveyed measured the ROI and in 2009 73% are monitoring their results. Of those measuring 83% say that their programs returned better than 1:1 on their investment.

Some employers who are worried about an entitlement mentality being created by using incentives as a reward for participation are using social networking sites to increase the participation in their Workplace Wellness Programming.
Shape Up The Nation enables employees to invite, challenge, track and motivate each other to achieve specific goals through teamwork, friendly competition and accountability. This model finds that employees are much more likely to join a wellness program when invited by a colleague. At CVS Caremark distribution centers, 84% of participants in Shape Up The Nation reported that it was their first time participating in a wellness program at the company.

The results of one recent study show that employers can’t seem to decide if corporate health improvement programs are meant to save a company money or to make them more money. 40% of respondents said the goal was to save costs and 38% said that the goal was to better worker productivity.

Regardless of which way you lean, you need to measure and determine your ROI. Measurement starts with benchmarking – you need to know where you started to determine how far you have come. ROI is not a short term result – as shown above it can take several years for the investment to be realized. Participation is the key – so whether it be through incentives or group commitment using social networking sites, all levels of the organization must be involved.