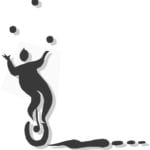 Canadians are living longer than ever before and in better health. Those who are dying prematurely can blame, not infectious diseases as past generations did, but bad habits and self-destructive choices like smoking, drinking, unhealthy food and sloth.

Here are the facts:
• Canada ranks in the top three countries in the world for life expectancy.
• Average life expectancy in the early 1920s was 59 years. Now we can look forward to reaching at least our 79th birthday.
• In 1998, there were an estimated 3.7 million Canadians 65 and over, up from 2.4 million in 1981, a rise of almost 60 per cent. By 2021, there will be 7 million seniors — 18 per cent of the population.
• Overall, smoking rates among Canadians have declined from 50 per cent in 1965 to 29 per cent in 1997. But smoking still accounts for one quarter of deaths of people aged 35 to 84.
• Men are twice as likely as women to die before 70, largely as a result of heart disease, cancer, injuries and suicide.
• Although women live longer than men, they are more likely to suffer depression, stress overload (often due to efforts to balance work and family life), chronic conditions such as arthritis and osteoporosis, and injuries and death resulting from family violence.
• The number of overweight men has increased steadily from 22 per cent in 1985 to 34 per cent in 1997. The percentage of overweight women increased from 14 to 24 per cent in the same period.
• The use of alternative medicines, including herbs and vitamins, is on the rise. In 1998-99, some 38 per cent of people polled reported treating their cold or flu symptoms with herbal or vitamin supplements. Another
26 per cent used home remedies.
• The American Academy of Anti-Aging Medicine says Americans will spend $750 million U.S. this year on physician-administered anti-aging procedures.
• They will spend an additional $5 billion on anti-aging nutritional supplements.