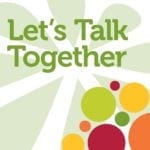 Employers that offered excellent benefits packages but did a poor job communicating about them had a turnover rate of 17%, says the first study. When communication was effective, turnover was cut in half, even for companies whose benefits made up less than 10% of employees’ total compensation.

The findings agree with the second study, which found 76% of those whose companies had done a good job communicating about their benefits were satisfied with them even if the benefit package was less rich. Where the company didn’t do a good job explaining, just 22% were satisfied, even in companies that offered the richest benefits.

A related article says companies are failing at communicating about benefits. The Employee Benefits Trend Study found that a staggering three-fourths of U.S. workers have no idea that their employers are weighed down under rising healthcare costs. Most think they spend less than $2,000 a year on them. (The Kaiser Foundation reports that the average employer spends $7,289 for family coverage and $3,137 for individuals). And a MetLife study says fewer than a third of workers give their companies high marks for benefits communication