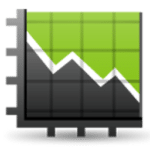 Contrary to perceptions that Canadians are a laid-back bunch an AP-Ipsos poll finds nothing is further from the truth.

• Three of four Canadians who responded to the AP-Ipsos survey conducted in November 2006 reported they sometimes or frequently experience stress.

• In both Canada and the United States, six in 10 reported jobs and finances as the most stressful aspects of their lives.

• About 76 per cent of Canadian respondents said they feel stress in their daily lives frequently or sometimes.

• Canadians were most likely to name their jobs, at 32 per cent, or their finances, at 28 per cent, as the most important causes of that stress.

• In the United States, finances were the most significant cause of stress, at 34 per cent, followed by jobs at 26 per cent.

The poll asked 1,000 respondents in each of nine countries — Australia, Britain, Canada, France, Germany, Italy, Mexico, Spain and the United States — how often they felt that their lives were beyond their control.

• One in 10 Canadians said they frequently felt their lives were beyond their control and one in four said they sometimes did.

• Australia: About 35 per cent of Australians name jobs as the main stress, followed by finances at 27 per cent and family life at 24 per cent. About 77 per cent said they feel stress in their daily lives frequently or sometimes.

• France: Nearly half, 45 per cent, said they sometimes or frequently felt their lives were beyond their control. They blame jobs and finances for being the main sources of stress, with 30 per cent choosing each.

• Germany: Germans were among the most stressed out with 51 per cent saying they frequently or sometimes feel stress. But they were among the least likely, at 28 per cent, to say their lives felt beyond their control.

• Mexico: Mexicans were less likely to feel stress on a daily basis, with only 45 per cent saying they feel that way frequently or sometimes. They were most likely to blame finances, at 38 per cent, for being the main source of that stress, followed by their jobs at 20 per cent.

• Spain: Spaniards were less likely than the people in several of their European counterparts with about 61 per cent saying they feel stress. The main cause of stress was their jobs, at 34 per cent.

• South Korea: South Koreans were the most stressed group among the countries polled, with 81 per cent saying they feel stress frequently or sometimes. Once again, jobs were the main cause of stress at 33 per cent, followed by finances at 28 per cent.

• United Kingdom: Among the countries polled, the British were most likely, at 51 per cent, to say their lives sometimes or frequently feel beyond their control. Finances, at 32 per cent, and jobs, at 26 per cent, were the most frequent causes of stress.

Do you feel that you are more stressed than you were 5 years ago?
How is stress impacting your life?
Does your employer help you to find ways to deal with your stress?