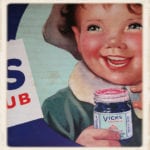 In celebration of February’s focus on Antibiotic Awareness here are a few statistics to ponder from the National Information Program on Antibiotics and don’t forget to start your programming for Mental Health Week coming this May.

• About two-thirds of all oral antibiotics worldwide are obtained without a prescription and are inappropriately used against diseases such as TB, malaria, pneumonia and more routine child infections.
www.ccar-ccra.org/international-e.htm  (*The Global Infectious Disease Threat and Its Implications for the United States – NIE 99-17D, January 2000 – John C. Gannon, Chairman, National Intelligence Council)

• Data… reveal that in 1999 in Canada about 25 million prescriptions for oral antibiotics were dispensed and that, after cardiovascular and psychotherapeutic drugs, antibiotics were the third most commonly prescribed [type of medication]. CMAJ 2002; 167(8): 885-91

• The prevalence of methicillin-resistant Staphylococcus aureus (MRSA) was less than 5% in most hospitals worldwide in the early 1970s but a decade later had increased to as much as 40% in many hospitals in the United States and Europe. Of all the MRSA reports (in Canada), 70% were from central Canada, 26% from western Canada and 4% from eastern Canada. Most of the increase was in Ontario and British Columbia.  CMAJ 2002; 167(8): 885-91

• The current overall medical costs of antibiotic resistance to the Canadian health care system, predominantly the institutions, may be as much as $200 million per year. CMAJ 2002; 167(8): 885-91

Do you feel that your doctor relies to heavily on antibiotics?
Are you aware of what common conditions may require antibiotics and what do not?