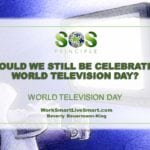 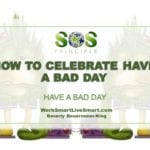 Bad Day and Stress Everyone Has Bad Days! Have A Bad Day is not a feel good sort of day.  At least that was the original idea behind it.  Have you ever had someone wish you a good day and you know that they are just saying it as a conversation ender, but they don't really care or mean it?  As they are walking away, you can … END_OF_DOCUMENT_TOKEN_TO_BE_REPLACED 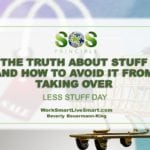 Is Your Stuff Starting To Take Over? I have a lot of stuff!  I use some stuff regularly, some is more seasonal.  There's also stuff that hardly sees the light of day and other stuff, is just stuff taking up space. As we prepare for the holidays and the new year, it is a good time to look and see how you can use less stuff … END_OF_DOCUMENT_TOKEN_TO_BE_REPLACED 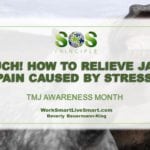 Do You Suffer From Jaw Pain Stress?  Has the dentist recommended you sleep with a mouth guard to stop you from grinding your teeth down to little nubs?  When we get stressed, the muscles in the face create an abnormal pressure on the temporomandibular joint (TMJ) causing the pain many people suffer from.  At first many of us ignore jaw pain … END_OF_DOCUMENT_TOKEN_TO_BE_REPLACED